This book strongly warns us that we as a species cannot live longer if we ignore the destruction of plants, trees, forests and diverse species around us. 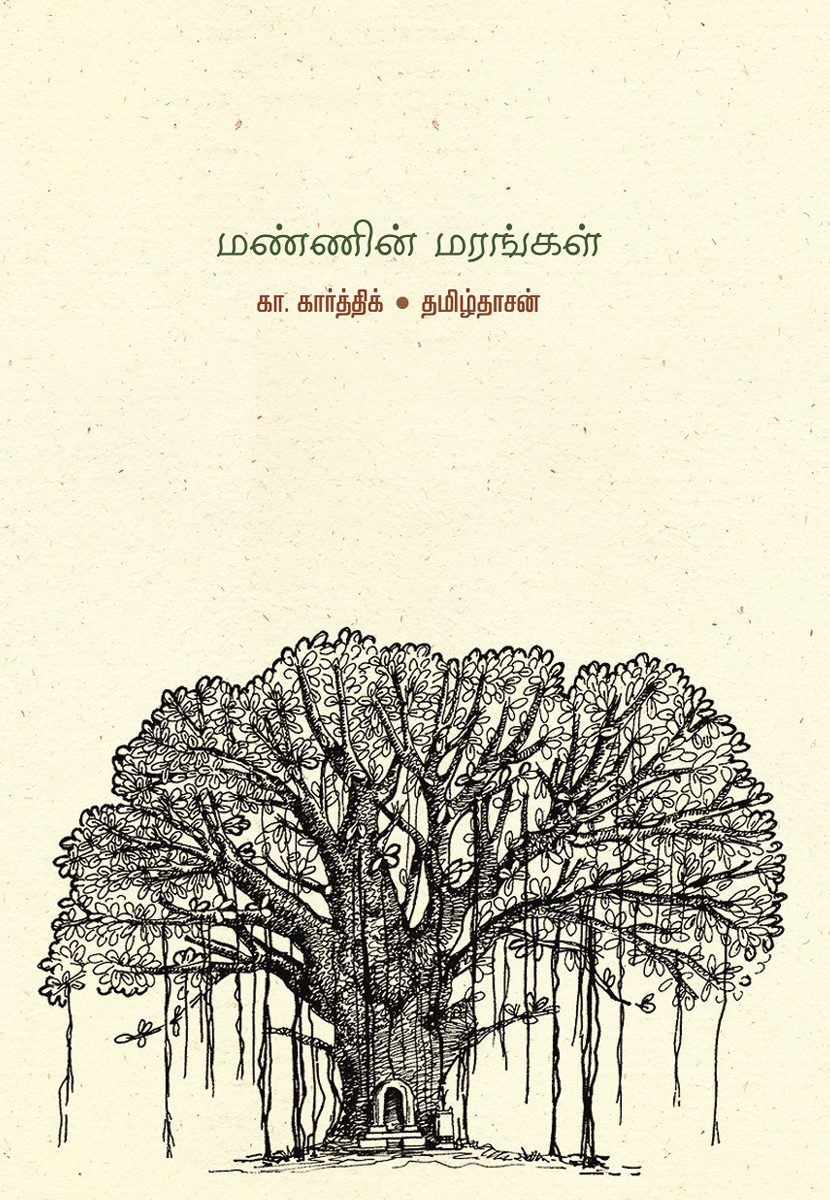 Homo Sapiens may well be the most evolved species of all in the planet. Despite the fact, there are skills that we did not develop in the process of evolution. For example, our reflex system triggers an action when a venomous snake is about to bite us. But we see no such reflex when we smoke. The former might kill us instantly. So, nature has prepared us for that. But the later takes time to kill. Hence, we have no defense against it within us.

We have gone too far, even for nature, in filling our lungs with carbon dioxide and smoke particles, not to say burning forests down to make land for our use.

We are not skilled at projecting present-day actions into a future that is quite far and understand the effect of our actions. We do have models to what will happen when you wipe out all the forests in the planet. But we are not capable of predicting what will happen if you cut down a single tree. The factors influencing the future are so vast and our understanding so limited that there is no spike in adrenaline when you do something that can kill the entire race.

If someone cutting down a tree were to die at its root, we’d understand it pretty well. But if the effect is too long to describe, such as, “Cutting down a single tree will rob the livelihood of hundreds of beetles and several birds. They might eventually go extinct. As pollination of plants comes to a halt, forest landscape shrinks. Greenhouse gases encroach the atmosphere in the absence of trees to keep them in check. Climate changes. Glaciers melt. Sea levels increase and swallow land. Rainfall reduces. You can imagine famine and eventual extinction of the human species along with thousands of other species. All this in slow motion over a few hundred years.” Then we are not too disturbed.

I would say this tiny book does succeed in disturbing us by assembling several essays that show a unified view of destruction around us and possible implications. This is about and stems Tamilnadu, a southern state of India, but applicable far wide.

The book starts with the following poem in the front cover’s fold:

Let them know, we are earthworms of this world

The poem is by Atmanam. We can interpret this poem in several ways. You can say that we are just another species like earthworms to this planet. Or you can say we are here to enrich this planet just as earthworms.

The same theme is there in the content of this book as well. The authors say:

Like the bees that help pollination and the birds that sow seeds, human beings are also makers and spreaders of forests.

These lines show how far off the track we are against nature.

Two notes add strength to this concept. Sailors and settlers set things in motion a series of events that leads to the extinction of a bird called Dodo. The bird happens to be a key ingredient in the reproduction system of a tree species called Calvaria major. Ever since Dodo went extinct, Calvaria tree did not reproduce and became critically endangered. In another event, wiping out the entire race of Toromiro trees disturbs the environment in Ester island and the natives are pushed to their boundaries and now reduced in number.

With these stories as a backdrop, if you look at the rate at which we are cutting down trees and burning forests, we may well run into the adverse effects of such destruction in our own lifetime.

“When did you last see the Jewel Beetle?" That’s a question from the authors that stress me out. It’s been a long time since I saw one. I remember having such beetles in pots and feeding their favorite leaves. I hope it is not too late.

For a society and its environment to be in a healthy balance, we need 33% of the land covered by forests. In Tamilnadu, forests cover only 18.33% of the land. This deficit is something that should be a focus for the government and we should also stress the importance through all mediums possible and require plans to reach 33%.

The authors call “drives to plant trees” as a treatment to the sick environment, but insist that stopping further destruction is the necessary first aid if we have to save lives of trees and several other species including human beings. Also, trees planted from here onwards need to be chosen consciously and they should be native to the country.

There is no denying the fact that a large number of trees are cultivated for the value they provide to humans in flowers, fragrance, look and lumber. If not for these values, we’ll at least see if the tree can be of use through the shade, but we do not choose native trees that could be good hosts to several other species.

Hence the cry for native trees.

The biosphere of our land has evolved together through each species influencing the other. So it is prudent to plant native trees such as Java plum or Iluppai to stay consistent with the ecosystem. Eucalyptus and P.Juliflora are not going to help. Not that anyone is planting them actively now, but any tree that is being planted should be enquired for its origin.

Demanding for native trees is not racism, it is naturalism.

In addition, the authors take us through cultural events where trees played a key role. The passage that analyses the root of the word “Kandhu” and the foreword from Subramaniapillai show us the genesis of tree worship. There was a time when trees were worshiped as the omnipotent deity. Later, small stone idols were used to symbolize that deity at the root of the tree. This custom led to the stones overthrowing trees as deity and temples became the living space for idols, completely taking trees out of the picture. A distortion in history.

The other essay on temple forests introduces less-known facet of our ethos and the wealth of our lands. And of course, their destruction in our capable hands.

The essay has a worrying story about such a temple forest called Vellimalai forests in the Idayapatti village within Madurai district. Out of 700 acres of forest land, only 100 acres has been earmarked for the temple and the remaining area is being used by the Indian government for setting up army camps and research facilities.

The livelihood of the people in the village is in question as the ecosystem is not conducive to their usual way of earning and living. Setting up residential areas and army camps have affected the region. The sound of gunshots and destruction of forests worsens the state of the land further.

But the essay on “plants have feelings” has a special place, in that it gives a surreal twist to all the other essays with stories of deforestation.

The article quotes about few experiments that showed positive results that plants can sense it when someone tries to destroy it and feel fear when other animals are killed close by. They ask us to ponder the question as to what will be the feeling of a tree when you cut it down and what is the relationship between the one that just fell and the one standing nearby.

Flashes of trees hunting down men caught me off guard. Maybe the result of all the fiction I was reading recently. But what if a tree branch slaps someone trying to cut the root?

I’ve had some introduction to Sir Jagadish Chandra Bose and his experiments on plant perception in my school days. The essay on plat perception from Wikipedia shows that later experiments did not give reproducible results. Something for me to explore further.

In the end, the authors insist us to voice against felling trees and provide a huge list of native trees that we can choose if we get down to plant one.

The high court’s instruction to plant 10 saplings for each tree that has been cut should help us in the right direction to recover any damage and also redemption for what has been done already. It is in our best interest that we should demand that this instruction is followed when trees are cut down for development projects.

We’ll be on the path to destruction until we put forth the planet’s health over and above generating wealth.

Thannaram publishers have issued this tiny book for Rs.75. Spreading this wider will increase the chance of saving more trees and planting the right ones.

I had a chance to see Thannaram publishers' stall in this year’s Chennai book fair. They have a bunch of books that are perfect gifts for children and adults.