When a cobra in power enters your place hunting historical rat while you are asleep and rears its head with its hood spread wide, you'll do better to stay very still. Or will you not? 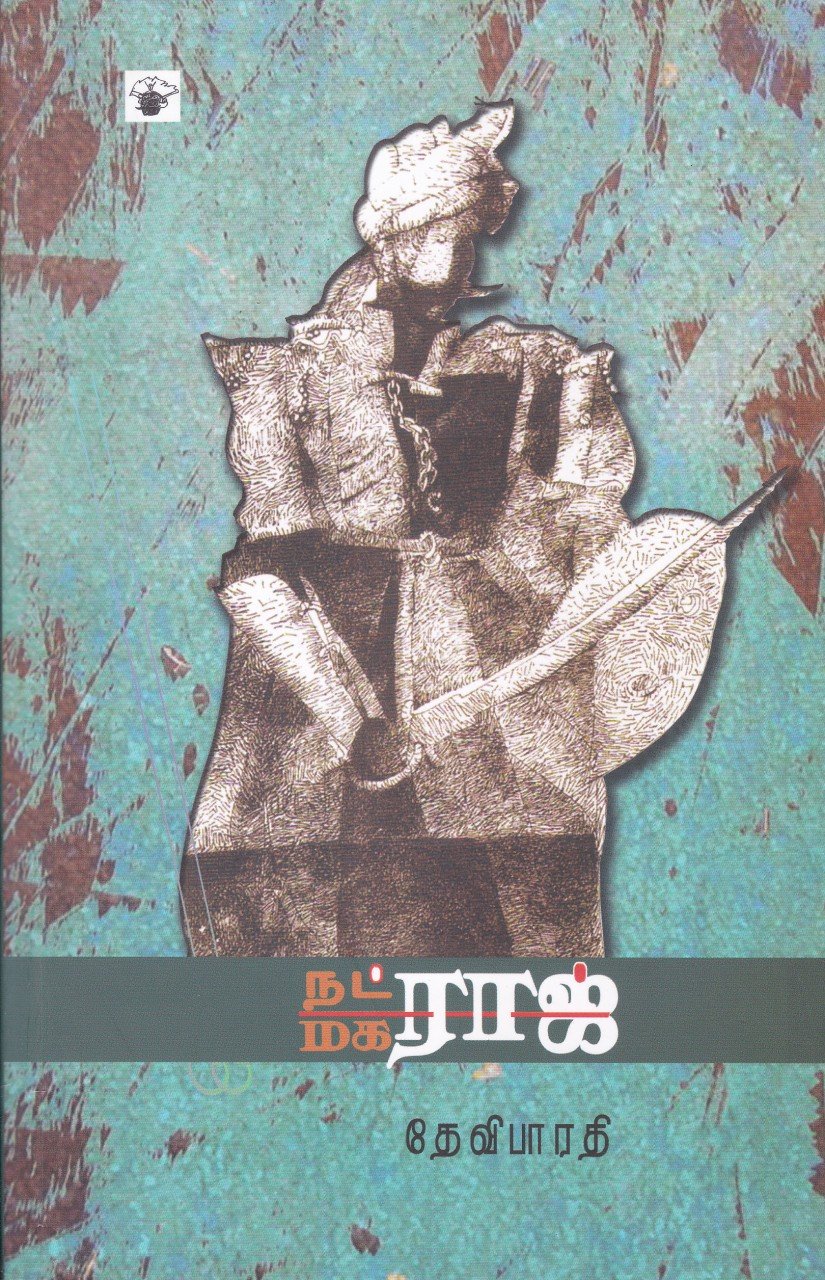 A novel by Mr. Devibharathi. Though a work of fiction but stays close to ground reality. The seed for the novel comes from a time when Devibharathi was working as a clerk in a school. His colleague in the school was a mid-day-meal organizer and he says he had descended from kings of colonial times.

Kalinga Nataraja Maharaja is a king and a warrior who started the first-ever agitation freedom. He is promptly hung until death. 216 years later, his direct living descendant, named after the king, lives in one out of the two guards rooms in a dilapidated palace. He has no sense of history about his ancestor was a king. He doesn’t know that the King had won the British army in three different wars. He works as the organizer for the government-funded mid-day-meal program for poor children at the school and had to steal the provisions to make ends meet.

He doesn’t think too deeply about why he is living in that dilapidated palace ever since he was a child. His current battle is to construct a house for the four of them in the family with 164 square foot floor area using the government assisted housing plan. He is a common man who is used to being tireless waiting for hours and knocking at several doors in government offices in the Republic of India.

He is told that he is the direct living descendant of the first and foremost freedom fighter, late King, warrior Kalinga Nataraja Maharaj. The author uses the above statement several times throughout chapters that you do not lose the context. But we still see Natraj as the simple mid-day-meal organizer in a small school in a smaller village. This shocking truth is asserted through several means and receives wider media attention. Devibharathi skillfully navigates how Natraj handles the irony of the truth.

People in power have no conflicting views that Natraj’s current state is a dire failure of the country as a free nation and that the injustice has to be corrected and that the history has to be straightened. Everyone, including the chief minister, governor, police officials and Natraj’s colleagues in school, stands by Natraj. But nobody is under any illusion that you can re-write 200-year-old history overnight either.

A police official in the district comes to know that the direct descendant of the late King is in his district. He meets Natraj and apologizes for how things have turned out for him. Driven by guilt, the police official promises this to Natraj:

The historical slipup will be redeemed at the right time, by the right people, in the right manner.

The novel comes to an end through such a police official. They write the right answer to the problem. But right answer for who is the question.

It is evident in the preemptive answer by Natraj’s wife when journalists from a television and a weekly magazine ask Natraj about their expectation from the society and the government. Here is the answer from her:

A house to live. That’s enough for us… If they help us finish the halted construction for the house, we’ll be able to manage other aspects of our lives.

Could a request as simple as this redeem the mistake in history? Can a small house qualify as the redressal for kins of Kings in the government’s view?

The poor woman’s request and government’s plan for redressal converge and form the central thread of this novel.

I’ll have to mention the effect of Devibharathi’s writing.

Devibharathis’s writing skill is put to good use in showing the crisis for survival in an individual’s life and that of his family. It took a few days for me to overcome the heat in the first few pages. He makes you aware of the searing pain of dire poverty that I had to stop midway many times. From there onwards, the flow of language pulls you into the current.

When the family is asleep, a cobra enters the house chasing a rat. It spreads its hood wide and rears its head. Both the parents stay still and can only pray God that their children shouldn’t move until the cobra is gone. The crisis in their outward life is evident. We can also understand that this is an important event as it is run through by several characters. Readers can extend this image.

To feed his family and to influence others to support the construction of his tiny house, he had to steal the provisions secured for poor kids as part of the mid-day-meal program. This unjust act adds pressure to his self and his integrity faces a severe crisis.

The change in Natraj’s personality moves between poles but I realized it only when I recollect the whole novel after finishing it. The skillful writing makes this transition quite smooth in the copy.

We can see one such personality change when Natraj first joins the mid-day-meal program in the initial pages of the novel. He is shocked to see injustice done by several school colleagues in the name of the mid-day-meal program, but steps through them and ends up doing something very similar within a few pages without the change showing any rough edges in our reading.

Later when he comes to know that he is King’s kin, he responds to unjust acts within the school that he chose to ignore until now which lines up with the behavior change we saw earlier.

These passages help us collect the distance between values, the importance given to them, and how external pressures can influence our value system.

In another view, the description of the external world lines up with the character’s situation.

We might start to sweat as we go through the days and weeks when Natraj waits outside the house of Panchayat president in the scorching sun.

My mother’s chief complaint when she started reading this book was, “why there is no name for anyone in this story? someone named ‘na’ and another named ‘va’ - why not give them a good name?” I showed the following remark from the foreword by Poet Sukumaran:

Characters and Places are called by their names first letters. These are fascinating to start with, instills a sense of warning as we go and then become natural.

We are brought to attention to some of the ironies within the Indian Constitution that we never paid attention in the past. An example of one such irony comes up in a conversation between Natraj and Panchayat President’s mother when he is waiting for his signature for the government assisted housing project:

“Is one single signature enough? "

It is astonishing for the aged mother.

“If he signs a single signature, the government will construct a house for you?”

A citizen’s basic need for a place to live is solved by another citizen’s signature. We’ve moved quite far. But the direction of the move as a nation is something to ponder over.

Space for the Reader

The guards' room where they live and the remnants of the palace can be considered as an image that reflects a larger construct. For me, it was identical to the history that is damaged and being digested by termites.

As the days pass, Natraj comes to an obscure understanding about why the history was buried in the first place and for whose benefit is it now being unearthed. He takes up the role to act as a King in the government’s plan to redeem history. But it takes time for him to even begin understanding the roots of unjust acts behind the plan.

Natraj knows that the British put his ancestor to death for opposing the East Indian company’s rule. The biggest and prolonged battle of his life has been to ensure the survival of his father, spouse, and children. However, the injustice in the name of ironing out wrinkles in the history does not sit well with the present day Natraj. He does not want to stay still and watch it.

Naturally, people in power find an apt tool to address Natraj’s war cry against the injustice.

Both are kings. Both step onto a stage. The former king goes on a stage to be hung until death. Compared to that stage, the one that present-day Natraj takes up shows us how far India has come as a free country. The distance is so very clear.

The life of present-day Natraj is also worthy of taking a place in the history. But the author leaves the fate of that history in our hands. We can bury it. We can put it out in the open. We are also given the freedom to imagine the extension of this history.

You need to think about this though. What if a cobra enters your room chasing a rat? What will you do if it has its hood wide open and reared atop your head? Do you have an option other than to stay still until the Cobra is out? Who do you think you are if cobras are seen as rats through your eyes?

You can go on the experiment with possibilities of these questions through your imagination. Not many in the country would have had an opportunity to live through such a life as Natraj. This naval gives you that opportunity to savor another life.

There still is a question that I could not find an answer to. What could have corrected this history? Where in a democracy can we place someone who bridges us to the monarchy?